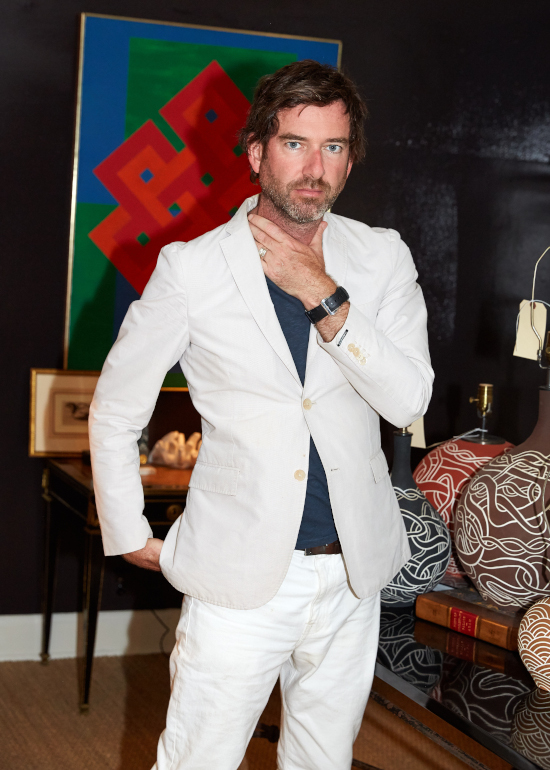 David Netto is a Los Angeles-based interior designer and writer.

David grew up in New York surrounded by taste and people talking about it, which for a young person was both a good and a bad thing (his father owned the fabric house Cowtan & Tout). From an early age he was interested in architecture, furniture, cars, and the history of each.

Since dropping out of Harvard Architecture School and founding his studio in New York in 2000, he has specialized in residential decoration in no particular style. It might be said that David’s work is known for trying to bring to modernism a touch of warmth and personality, and to traditionalism young energy and a dash of the exotic. For a project to be successful he believes in the importance of getting the architecture right, but that good decoration should also be a portrait of the person who lives there. His projects have been published in Vogue, Elle Decor, Architectural Digest, House Beautiful, House & Garden, Town & Country, and Veranda, as well as several books.

In 2002 David launched NettoCollection, a pioneering line of modern children’s furniture which channeled the style and beauty of pieces from the 1930’s and 50’s to lift the aesthetics of a whole industry.

As a writer on the history of architecture and design, from 2010-2012 he worked as contributing design editor to the Wall Street Journal. After 2012 he did so for T, the New York Times Style Magazine, and now writes the Case Studies column for Town & Country. Recently David authored a monograph on the work of Francois Catroux, published by Rizzoli, and is presently writing the text for the upcoming Stephen Sills book.

David Netto Design LLC is now active in LA with projects on both the east and west coasts. David lives in a small but dazzling Neutra house in Silverlake, in which he has raised 2 daughters, and welcomes your interest.